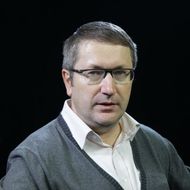 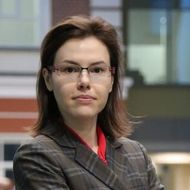 Article
Sites of Memory and Postmemory of the 4.19 Revolution in South Korea
In press

Book chapter
Libya in the Covid-19 Era: Between Local Chaos and Foreign Interferences

From January 24 to February 4, HSE's Faculty of World Economy and International Affairs hosted an international winter school. Sixty students from across the globe (Korea, Japan, China, Germany, Italy, Poland, Egypt, Morocco, to name but a few) came together for 12 days and were plunged into the hustle and bustle of daily life in Russia.
Education
February 11, 2015

This was the topic of a presentation by Professor Alexey Maslov, Head of the HSE School of Asian Studies, his first talk as part of the Russia and Global Shift of Power public lecture organized in Valletta, Malta, by IDEAT foundation in cooperation with Russian Centre of Science and Culture on Malta.
professors international relations Malta Middle East Russian-Chinese relations
December 08, 2014

The sixth ‘New View’ conference for junior Japan experts has come to an end. The conference was organized by HSE’s School of Asian Studies together with the Japanese culture division of the Margarita Rudomino All-Russia State Library for Foreign Literature (Japan Foundation) and the Association of Japanese Studies.
Research&Expertise conferences & seminars Reporting an event Asian studies Japan
October 29, 2014

The 'Open University' project, at the Higher School of Economics is organizing lectures in Moscow museums, following on from the series of free lectures given by HSE professors throughout the summer in Gorky Park. Lectures in museums will be held each Thursday starting from September 26.
September 20, 2013

At the end of February 2013, a delegation from the Seoul National University of Science and Technology (SeoulTech) visited the HSE. As a result of negotiations, an agreement was finalized on student exchange between the two universities. The framework cooperation agreement between the HSE and SeoulTech was signed in April 2012.
March 22, 2013

Top Marks in Everything

The Journal “Bolshoi Gorod” – Big City, interviewed Masha Roslyakova, student at the HSE School of Asian Studies, who got 100/100 in Russian and History USE examinations.
December 01, 2012

On December 16th 2011, a roundtable discussion summarizing a cycle of open lectures by Kadri Jamil, Professor at the Institute for Socio-Economic Development Planning in Damascus, on the current political situation in Syria and other Middle Eastern countries, took place at the HSE School of Asian Studies.
December 16, 2011

This academic year, a course in Korean Studies began at the Higher School of Economics School of Asian Studies. Alexey Maslov, Head of the School, told us about the new programme.
November 17, 2011

On June 3rd Ambassador Extraordinary and Plenipotentiary of the Republic of Korea in Moscow, Lee Younho, visited the Higher School of Economics in order to discuss plans for developing cooperation.
June 03, 2011

On March 15th a seminar entitled ‘On the Twists of the Modernity’ took place at the HSE, where Yossi Tavor, First Secretary of the Embassy of Israel in Russia, read a lecture for the students of the HSE Faculty of Philosophy School of Asian Studies.
March 15, 2011
1 2 3 4 5